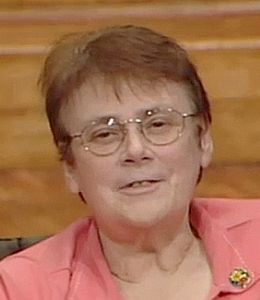 In part of a story about polio survivors being left out of the NDIS which screened on SBS TV on 5 June 2013, watch Gillian speaking about polio, its late effects, and why health and disability services are required (2 mins 35 secs).

On 28 May 2013 Polio Australia was grateful to have the opportunity to be in the audience of a special episode of the ABC TV program Q&A – An Audience with Bill Gates.

Bill Gates is the world’s most generous philanthropist. He made billions as the co-founder of Microsoft, the company which led the way in personal computing and changed the way that we all work and live. He’s now on and off the world’s richest man and he’s established the Bill and Melinda Gates Foundation with the intention of giving away most of his wealth away by targeting billions of dollars at health and education projects around the world. He’s visiting Australia to convince Australians to continue and to expand our aid program and he joins us tonight as a guest of the University of New South Wales and the Pacific Friends of the Global Fund. We have an audience of 900 students, graduates and guests.

What was even more exciting for Polio Australia was the chance to ask a question of Mr Gates. Watch this video (3 mins 13 secs) to see Gillian ask Mr Gates for strategies to “get governments to shoulder their responsibility and fund essential post-polio services”.