Details of the key members of the Polio Australia Team are given here. All are knowledgeable about polio and its late effects and demonstrate the ability to think analytically and strategically in steering Polio Australia as it achieves its goals on behalf of Australia’s many thousands of polio survivors. The key members have a range of career backgrounds and bring a diverse set of skills to Polio Australia. 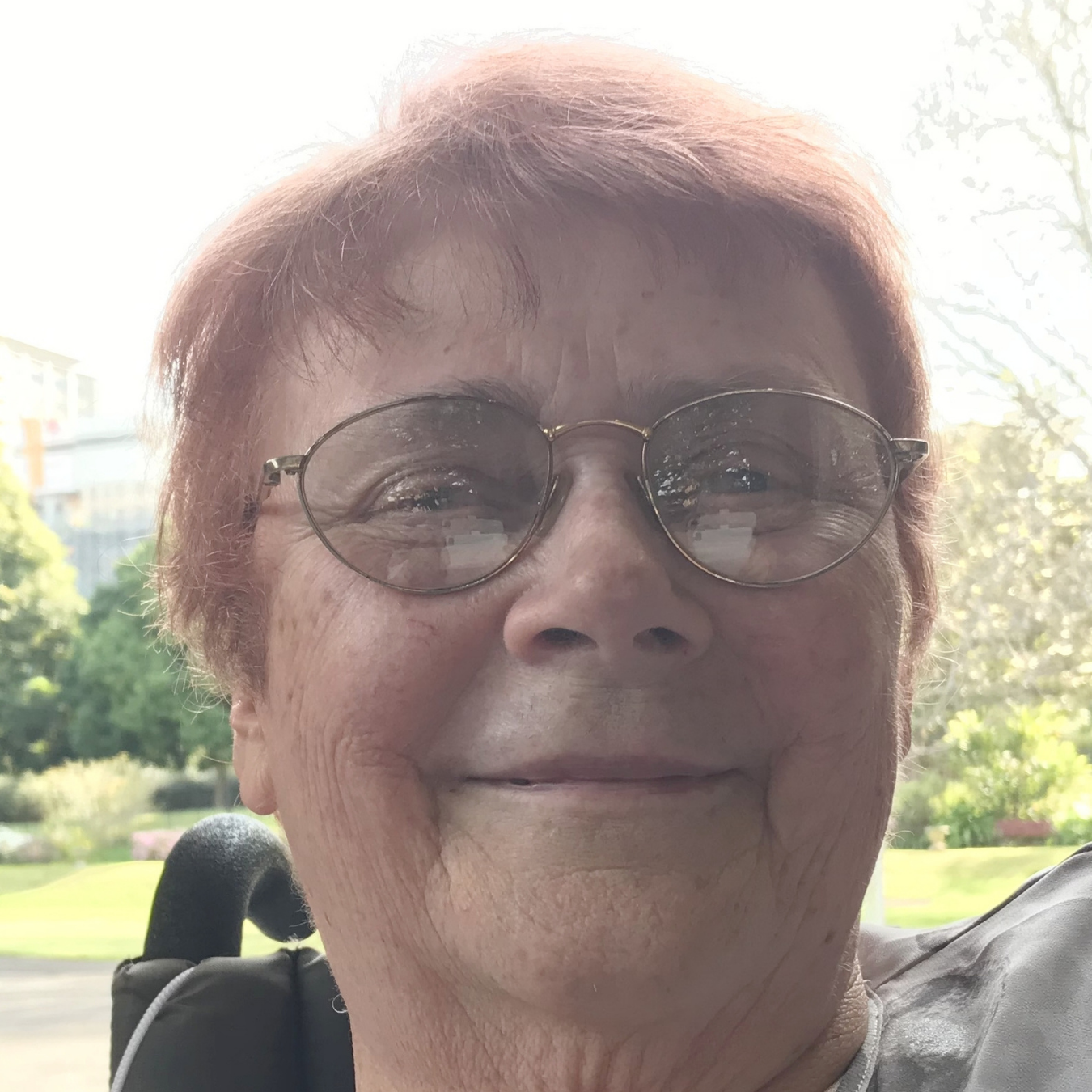 Responsible for: Governance, business management, website and IT training and support, mentoring.

Working at Polio Australia since: 2007

Personal Experience/Interest: I passionately believe in the need for a national voice for polio survivors and my efforts culminated in the highly successful meeting of all Australian State Polio Networks in May 2007 and the unanimous agreement to form Polio Australia.

Awards: 2002: an inaugural recipient of David Bodian Memorial Award from the International Post-Polio Task Force in recognition of my work for polio survivors.
2009: Australia Day Community Service Award from Randwick Council For outstanding service to the community of the City of Randwick.
2020: Order of Australia Medal awarded For service to community health, particularly to people with polio.

A fun fact / what I like to do in my spare time: I am a puzzle tragic. I also enjoy reading, and volunteering as an admin on various internet forums. 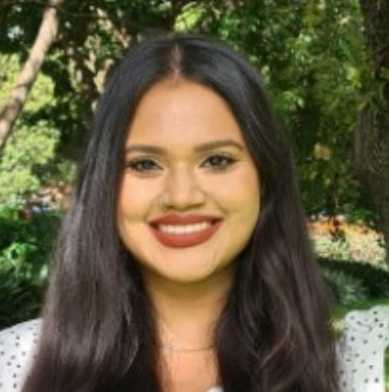 Responsible for: Providing information and support to the post-polio community

Working at Polio Australia since: January 2022

Professional Experience: Devalina is from India and has worked as a General Practitioner for many years before migrating to Australia to pursue a Masters of Public Health degree from Monash University.

Personal Experience/Interest: She has essayed many different roles within the public health sphere such as a peer educator, volunteer and manager of public health policies and programs, with a primary focus on Culturally and Linguistically Diverse communities. She has worked with and treated many patients of polio when working as a GP in India, and on a personal level, is very passionate about advocating for, and raising awareness about Late Effects of Polio, having seen her aunt struggle with it as a survivor.

A fun fact/what I like to do in my spare time: In her spare time, she enjoys listening to music, reading and visiting museums and art galleries. 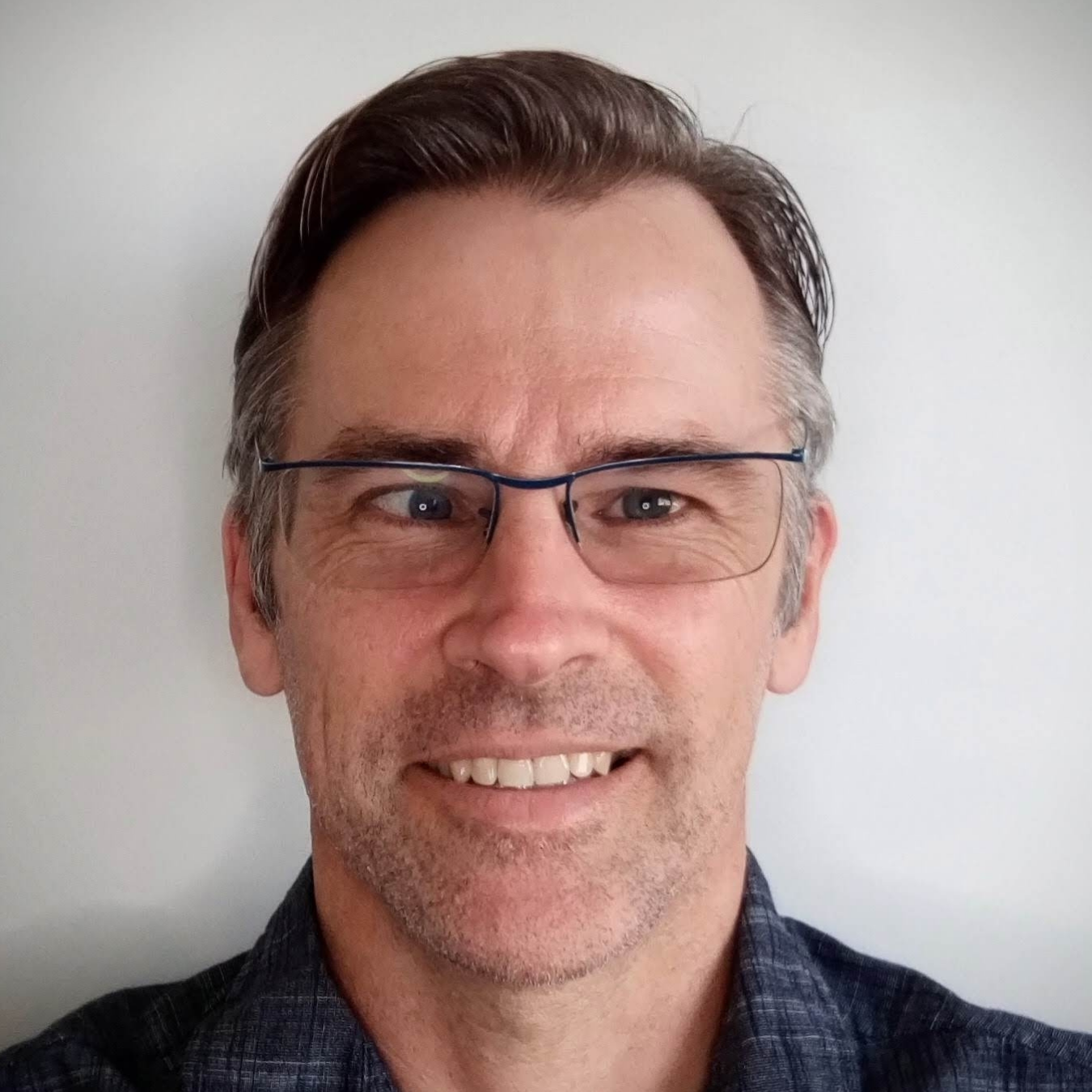 Working at Polio Australia since: November 2019

Professional Experience: Taught in QLD primary schools 1995-2002, then moved to US to travel and study. Obtained masters in California, then worked in a Colorado rehabilitation hospital for 9 years.

Personal Experience/Interest: Because I didn’t want to be a classroom teacher forever, I rode my mountain bike for 100 days from Healesville VIC, to Brisbane, QLD in 2001. I like to push the boundaries of my comfort zone, and to help others become better versions of themselves.

A fun fact / what I like to do in my spare time: Since abandoning TV in 1993 I have had much more time for my hobbies - this being significant enough that I have an ‘alternative resume’. 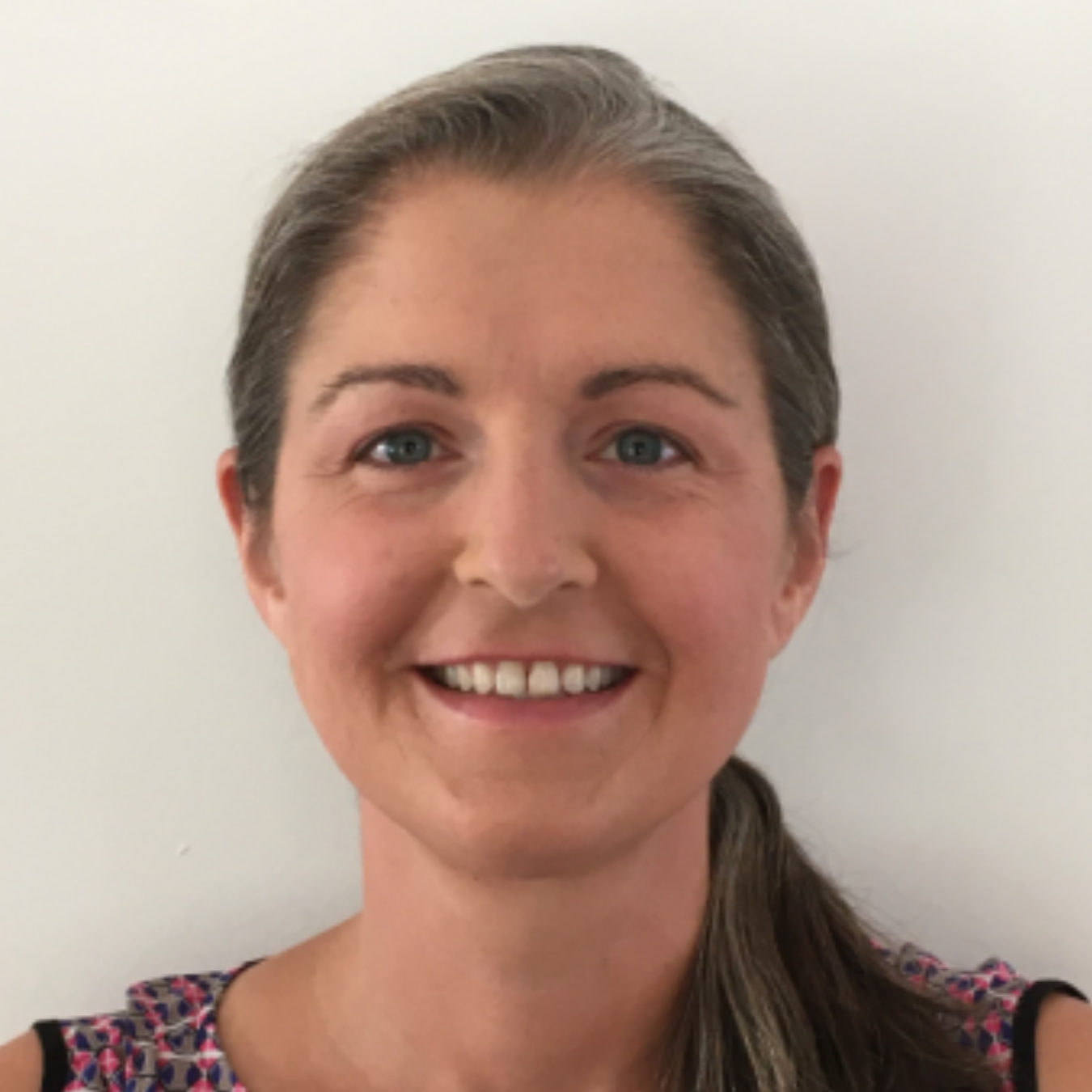 Responsible for: Providing administrative support to the Clinical Health Educator

Working at Polio Australia since: March 2020

Professional Experience: 15+ years of healthcare experience working as an exercise physiologist, registered nurse, and healthcare leader in the United States.

Personal Experience/Interest: Early on in my education I became interested in the cardiac population and spent the majority of my career working in the cardiac rehabilitation setting. I find it rewarding to help others achieve their health goals.

A fun fact/what I like to do in my spare time: In my spare time I enjoy baking, hiking, running and yoga. Fun fact - My family and I traveled continuously for 13 months visiting 25 different countries. 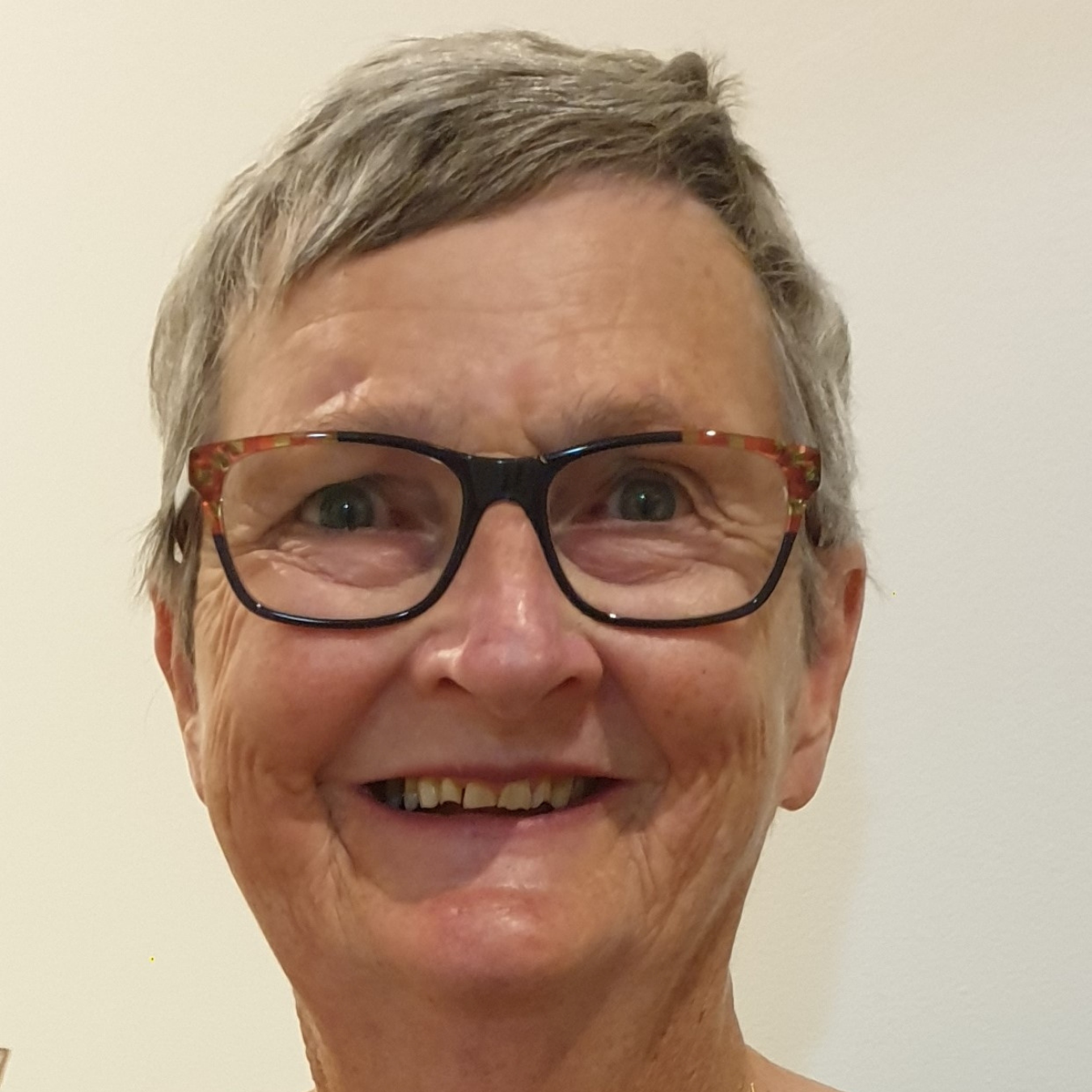 Working at Polio Australia since: 2013

A fun fact / what I like to do in my spare time: Lawn bowls and fishing. 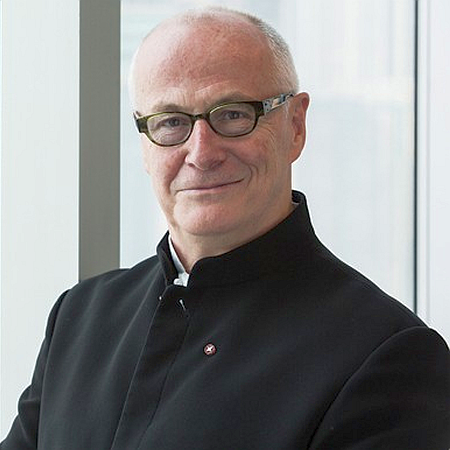 Michael Lynch grew up in Maroubra, New South Wales, and contracted polio in 1953 when he was three.

From 2002 to 2009, Michael was Chief Executive of the South Bank Centre in London. He oversaw the successful rehabilitation of the Royal Festival Hall, which was re-opened in October 2007 by The Queen (King George VI having opened the original building in 1951).

In March 2009, Michael returned to Australia and was appointed a Director of the Australian Broadcasting Corporation. He is also a member of the Board of Film Victoria.

In 2011, Michael travelled abroad again to take up the Hong Kong Government appointment of CEO of the West Kowloon Cultural District Authority.

Michael returned to Sydney in 2015, and has since taken up a range of activities including becoming the Chair of the Sydney Community Foundation, working in Brisbane for Circa (a human circus company), and in the Northern Territory setting up an indigenous art gallery.

In 2001, Michael was appointed a Member of the Order of Australia For service to arts administration, particularly through implementing transparent and effective processes for grants funding, and as an advocate for Australian cultural life; while in 2017 he was appointed an Officer of the Order of Australia For distinguished service to arts administration, to leadership of international cultural institutions and nationally recognised art organisations, and through contributions to Australian public life.

In 2018, Michael became a Co-Patron of Polio NSW. In 2020, Michael accepted our invitation to concurrently become National Patron of Polio Australia, taking over from Dr John Tierney AM who had been our National Patron since 2010. In deciding to step down from the role, John believed the time was right to appoint a new Patron with a different set of skills, profile, knowledge, influence and contacts, to represent Polio Australia into the future. 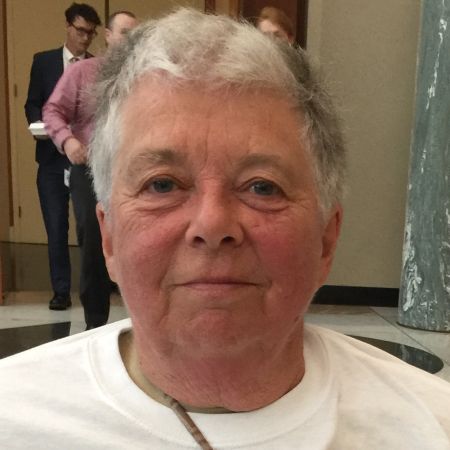 Jill was born in England in 1946, contracted polio in 1955 and qualified in Occupational therapy during 1968. After working for 2 years in England as an OT she immigrated to Melbourne, Australia and worked in several different areas using her Occupational Therapy skills before retiring in 2000 due to limitations from Post-Polio Syndrome.

After a few months adjusting to her new situation Jill found a satisfying life style mixing voluntary work with other interests. She came to Polio Australia in February 2011 as a volunteer after volunteering one day a week for 10 years at Polio Network Victoria (a service of Independence Australia). In addition to volunteering with Polio Australia, Jill is also a member of Post Polio Victoria.

Jill has been passionate about horses since learning to horse ride as part of her polio rehabilitation and enjoys providing voluntary support as President of the Australian Brumby Alliance (ABA). The ABA is made up of dedicated volunteer groups across Australia who take on gentling and re-homing Australia’s brumbies (wild horses). Jill's additional hobbies include horse riding, gardening, travelling and keeping up with friends in Australia and family in England. Maryann has worked with the post-polio community since 2004, and has a comprehensive understanding of the issues currently impacting on people who had the virus.

Since retiring from paid work for Polio Australia in December 2019, Maryann now volunteers as the editor of Polio Oz News, Polio Australia’s quarterly free E-zine. This was already one of her paid tasks, so this is simply ‘business as usual’ for those who have been receiving Polio Oz News over the years.

Maryann was also elected onto Polio Australia’s Board as an ‘Independent’ at the February 2020 meeting.