Polio Australia has been intensively lobbying the Federal government since 2009. This has been largely thanks to Polio Australia’s National Patron, Dr John Tierney OAM, a previous Senator for NSW turned Government Lobbyist. View some of the key initiatives achieved in these pages, or click here to see other campaigns and meetings. Polio Australia is privileged to have five Parliamentary Patrons. Their bi-partisan support for our cause is vital as we endeavour to seek Federal funding for best-practice services for polio survivors across Australia.
Read More 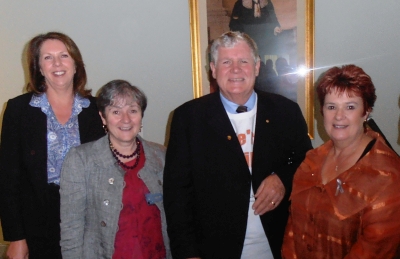 This Group helps to raise awareness with Members of Parliament and the wider community about the issues relating to polio survivors.
Read More Roundtable Forum on the Late Effects of Polio / Post-Polio Syndrome

In 2012 representatives from Polio Australia and State Polio Networks participated in this Roundtable Forum conducted by the House of Representatives Standing Committee on Health and Ageing.
Read More Funding from Department of Health